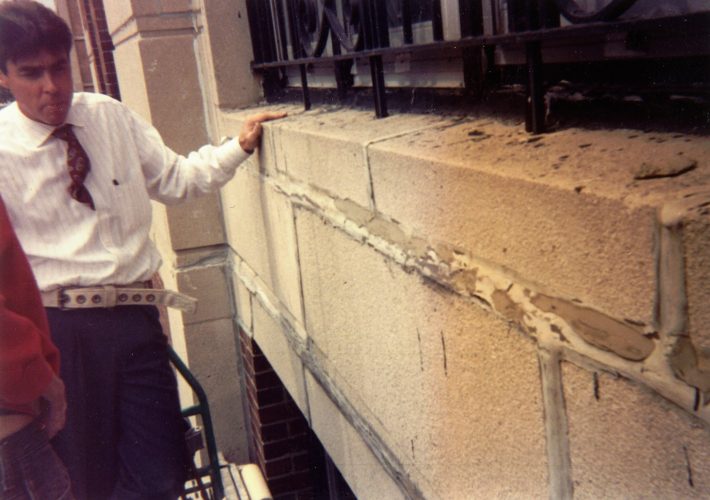 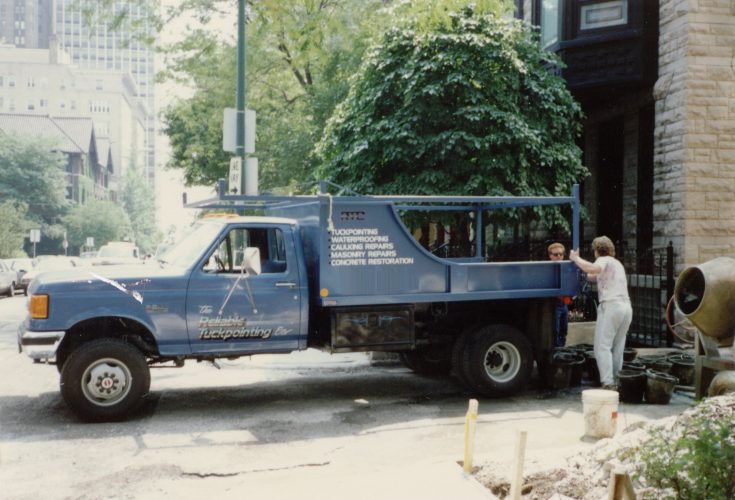 At 18 years old, Jim Owen followed his father’s footsteps into the construction industry. Tuckpointing was a family affair: His father was a tuckpointer, he had brothers who were tuckpointers, his cousins were tuckpointers.

Jim learned the industry from the ground up. He began laboring on jobsites – sweeping up construction debris, monitoring traffic flow beneath scaffolding, mixing mortar, and hauling materials up and down ladders. It wasn’t long before Jim was riding swing stages 40 stories into the air to learn the trade.

In 1979, equipped with a couple of ladders on the back of a Ford pick-up truck and the help of his cousin – a veteran of the trade, Jim started Reliable Building Systems.  Jim worked tirelessly to get his new company off of the ground.  Daylight was consumed with work at the jobsite, early evenings were for drumming up business and estimating, and late nights were spent writing proposals from home.  Jim’s sister helped draft invoices on a typewriter in her spare time.

Jim’s brothers, Bob and Tom – still with RBS today; joined the company becoming an integral part of its success.  The brothers had tenacity and a passionate work ethic.  Jim leased a small office space in Morton Grove and hired an assistant.  The brothers built a staff of like-minded tradesmen who focused on professionalism, efficient production, and – above all – quality output.

Today, Reliable Building Systems is a leading Chicago-area building restoration and maintenance contractor with an average of 60 skilled craftsmen, a fleet of trucks, and a full support staff team based out of an expansive office warehouse facility in Niles.

For decades, Owners of multi-unit residential, commercial, and industrial properties have entrusted our team with their high-value properties.  We work to restore your building’s integrity, beauty, and worth.  Our union work crews are expertly trained, experienced, and supervised by professionals proficient in the architectural restoration of multi-story structures.